Inherited Obsession, or Why I Will Someday Import an Italian Ape Car

They say that retirement is a time for reflection. A time to look back on your greatest accomplishments with a sense of pride. In this spirit, my father spent a significant part of his first year of retirement assembling a photo album of every car he has ever owned. Of course, this struck my brother and myself, his two human children, as an odd choice. 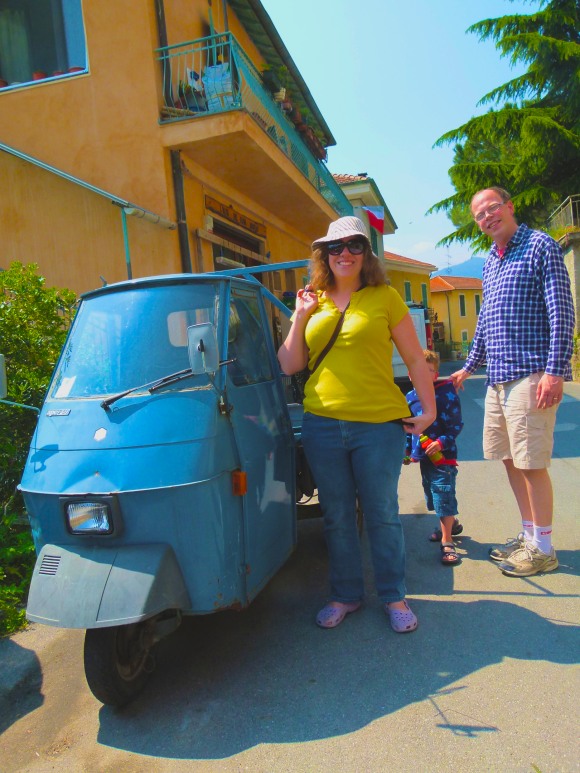 I imagined our life together, me and my Ape Car. How he would become an extension of me. How we would circumnavigate the world with all the pluck and might an Arthritic lady and a 50cc engine can muster. How we would form a weird Italian tiny truck gang with other like minded individuals and really freak out the population of Sturgis South Dakota.

So, don’t tell him, but of course my father is right. That album isn’t simple documentation of consumption of fossil fuels on a grand American scale. It’s a visual love poem. A meditation on freedom. It’s a book that says ‘This is where and how my life was lived.’

So, as so many American woman do, I left my European love and returned home to what I knew. My steadfast American. My adventurous Ford named for a supreme court justice.

And when he passed I marked the transition as what it was. Not just a new vehicle, but a reinvention of myself. A time to reflect on what is valuable in the world. How I want to move and arrive. So, of course I picked the goofiest thing I could find that a short lady could sleep in comfortably if the weather gets rough. I picked it, and though it was never love at first sight, though it’s a silly toaster oven on wheels, as we’ve gotten to know each other a respect has grown between us.

4 thoughts on “Inherited Obsession, or Why I Will Someday Import an Italian Ape Car”